Welcome to witzend!
Follow along as I stumble through my various adventures...

I first remember hearing this poem read aloud by John Denver at a concert in the 1980s at the Orange County Fairgrounds in Southern California. Nowadays, with all the craziness in life, it seems more appropriate than ever.  Too many people are pointing fingers, casting blame, and trying to clean up the results, when instead perhaps it would be more helpful to step back, look at the big picture, and fix the cause?

The Ambulance Down in the Valley

Twas a dangerous cliff, as they freely confessed,Though to walk near its crest was so pleasant;But over its terrible edge there had slippedA duke, and full many a peasant.

The people said something would have to be done,But their projects did not at all tally.Some said, “Put a fence ’round the edge of the cliff,”Some, “An ambulance down in the valley.”

The lament of the crowd was profound and was loud,As their hearts overflowed with their pity;But the cry for the ambulance carried the dayAs it spread through the neighboring city.

A collection was made, to accumulate aid,And the dwellers in highway and alleyGave dollars or cents – not to furnish a fence –But an ambulance down in the valley.

“For the cliff is all right if you’re careful,” they said;“And if folks ever slip and are dropping,It isn’t the slipping that hurts them so muchAs the shock down below – when they’re stopping.”

So for years (we have heard), as these mishaps occurred,Quick forth would the rescuers sally,To pick up the victims who fell from the cliff,With the ambulance down in the valley.

Said one, to his peers, “It’s a marvel to meThat you’d give so much greater attentionTo repairing results than to curing the cause;You had much better aim at prevention.

For the mischief, of course, should be stopped at its source,Come, neighbors and friends, let us rally.It is far better sense to rely on a fenceThan an ambulance down in the valley.”

“He is wrong in his head,” the majority said;“He would end all our earnest endeavor.He’s a man who would shirk his responsible work,But we will support it forever.

Aren’t we picking up all, just as fast as they fall,And giving them care liberally?A superfluous fence is of no consequence,If the ambulance works in the valley.

The story looks queer as we’ve written it here,But things oft occur that are stranger;More humane, we assert, than to succor the hurtIs the plan of removing the danger,

The best possible course is to safeguard the source;Attend to things rationally.Yes, build up the fence and let us dispenseWith the ambulance down in the valley.

I saw a quote yesterday that said: “Don’t judge my story by the chapter you walked in on.” END_OF_DOCUMENT_TOKEN_TO_BE_REPLACED

You might expect that this will be a guide about all the steps to plan an event. After all, there are probably a million things to think about when planning an event, right? Everything from food, decorations, door prizes for fun drawings, etc. Well, END_OF_DOCUMENT_TOKEN_TO_BE_REPLACED 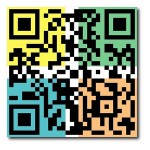