You might expect that this will be a guide about all the steps to plan an event. After all, there are probably a million things to think about when planning an event, right? Everything from food, decorations, door prizes for fun drawings, etc. Well, sorry to disappoint you, but this page will not cover those things because frankly I don’t really know all those answers!

You see, I’ve been ‘caching now for well over 10 years and I had never hosted an event… until yesterday. It’s not that I had anything against hosting an event. I had just never really had a reason to host one. As time went along, though, I wanted to host one. Here we are in 2016, and wouldn’t you know it… 2016 is a leap year. Therefore, I decided to throw an event on 2-29-16. Now, what do you think would be the perfect time to host said event? Why 2:29:16 of course! The purists among us, of course, will argue that 2:29 pm is actually 14:21, but I’m willing to fudge things a bit. If that bothers you, well, there’s not much to be said about that. Have a nice day.

I planned very little in reality. I told people when the event started that this was a very low key event. There would be no huge cash prizes, no hours of organized games, just an excuse to get out of work for short time in the middle of a Monday and get your Leap Day souvenir. I honestly thought that maybe 6-8 people would show up, we’d chat a little bit, take a commemorative photo, and then call it quits.

Was I ever amazed when I pulled up to the park and there were dozens of geocachers there! By the time we took the group photo, there were 60 people in the photo, and more people arrived after the official photo time. Incredible. If you were there, I thank you from the bottom of my heart for coming and making my first ever hosted event a success. I was afraid that people would feel cheated for coming all the way out to the event only to have no prizes or swag to show for it, but I have received comment after comment telling me how much people enjoyed the event and thanking me for organizing it. Perhaps there is a previously unknown niche for a “Park and Grab” geocaching event? Then again, maybe people just wanted a souvenir…

In any case, here are a few glimpses to the day. Enjoy. 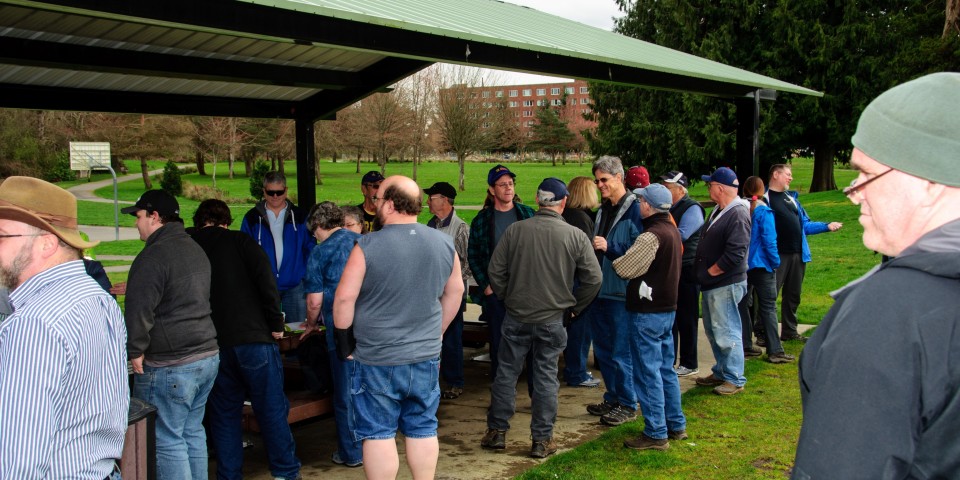 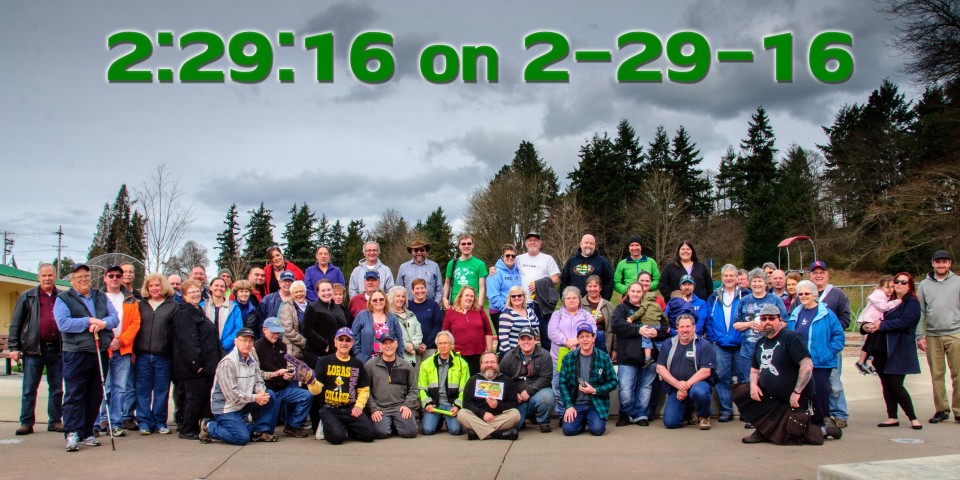